This vast documentation forming 3000 verses written in Akkadian is attributed to "Sînleqe’unnennî [1] ". Let's leave the detail to Léo Sheer: “ The epic of Gilgamesh is the story of King Uruk, one of those city-states, whose ramparts he is said to have built. The Sumerian List of Kings, drawn up at the beginning of the second millennium, distinguishes a prehistoric period which precedes the Flood and another, historical, which follows the cataclysm.

In this catalog of sovereigns, Gilgamesh occupies the fifth place of the first dynasty after the Flood, and reigns over Uruk, 2600 years before Jesus Christ. He would therefore be a "historical" king, having really existed, but legend makes him a being. human and divine.

Gilgamesh is a hero, and often an anti-hero, who embodies the both tragic and derisory dimension of the human being in search of an unattainable life, desiring to escape death.

The untimely disappearance of his friend Enkidu exacerbates this anxiety, and he travels to the ends of the earth to meet Ut-Napishtim.

The gods had saved the life of this sage when they decided to get rid of the human species by unleashing the Flood, and had granted him, as an exception, eternal life. Gilgamesh, resigned, will eventually admit that death is irremediable, that after there is nothing. The gods have decided so, reserving eternity for themselves; all that remains for man is the small happiness of this world... This obstinacy of man in wanting to overcome death and desperately seek to give meaning to his existence is the source of the beliefs that will lead to monotheistic religions.

The Bible appears in the course of archaeological and historical discoveries in the continuity of the Mesopotamian world, as a revolution establishing the supremacy of a single god. The myth of Gilgamesh is one of the important sources of the Holy Book. On December 3, 1872, George Smith revealed that he had found a Babylonian version of the Flood. It was discovered that the biblical account repeated on this point the Epic of Gilgamesh, which itself had been inspired by the legend of Atra-Hassi. 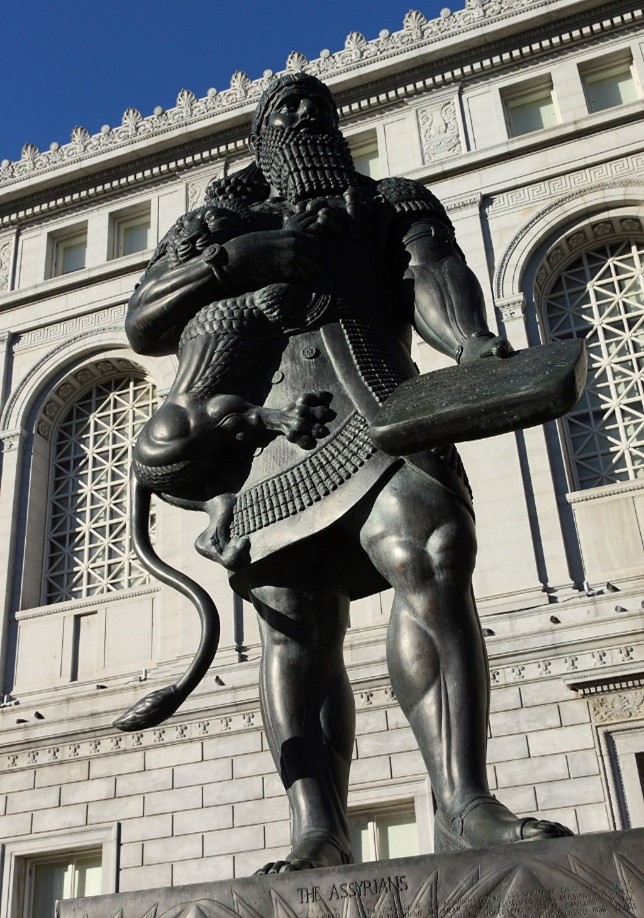 The Bible includes many literary extensions of the Epic. To cite just one example: "Go, eat your bread and drink your wine wholeheartedly, for God has already approved your works. Let your clothes always be white and that the oil is not lacking on your head! Taste life with the woman you love (...), because that's your part in life."

(The Ecclesiastes) is a textual cover of Gilgamesh. An Akkadian tablet on Enkidu's illness and death, found in Megiddo, shows that Gilgamesh's text circulated in the region of Israel as early as 1400 BC. J.-C., and may have served as a model for the Hebrew people.

For two thousand years, this literary work was perpetuated by a publishing process that constantly updated it. Then, at the moment when the civilization that had produced it disappeared, over the next two thousand years, it continued to exist underground, through the cultures that had erased it: Greek polytheism and Judeo-Christian monotheism. »

[1] Leo Sheer: "The name 'Sînleqe'unnennî' means in Akkadian: 'God Sîn receives my prayer.' Designated as an exorcist, this great cleric, undoubtedly a man of letters renowned in his time, had to live towards the end of the second millennium. His epic runs on eleven tablets. A twelfth, probably signed by another author whose name would be: "God Nabu erects the law", takes up the story differently. It would be an Akkadian adaptation of the second half of another Sumerian legend: Gilgamesh, Enkidu and Hell. Shortly before the Christian era, the legend of Gilgamesh disappears, engulfed in oblivion like the civilization that gave birth to it. It was not until the nineteenth century AD to see it reappear, thanks to the first archaeological excavations and the deciphering of cuneiform writings. » Source: (fr) Gilgamesh By Léo Sheer

The Catholic Church applies the Scriptures to the letter and has been repeating the same nonsense for millennia.

Did you notice the mistake at the start of Genesis?